How to merge two customer records

There may be occasion where you wish to merge two customer records, perhaps because a duplicate has been created, or two business have merged. If both records have history (cases, assets, and other elements) it’s acceptable to simply delete one and work with the other as you lose the history from one. The merge facility allows you to combine the two records and all their associated elements, into one single record.

In this example, I’m going to merge the customers Merge Test B and Merge Test A. I have contacts and cases listed under both.

Open the record you wish to drop (in this example, Merge Text B) and select Actions/Merge Customer Record

You will then be asked to choose your destination record, the record you wish to merge your open customer into.

In this case, Merge Test A 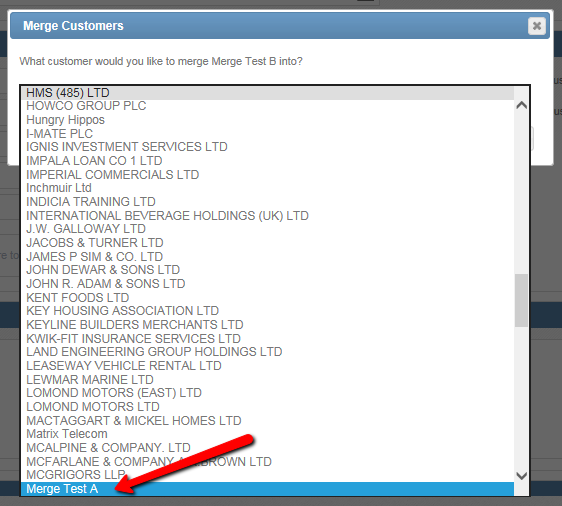 Next, you have the options to choose which elements from the source records you wish to retain.

You may for example choose not to retain the contact details as you already have them listed under the destination record.

Tick each element you wish to carry over the new merged record. 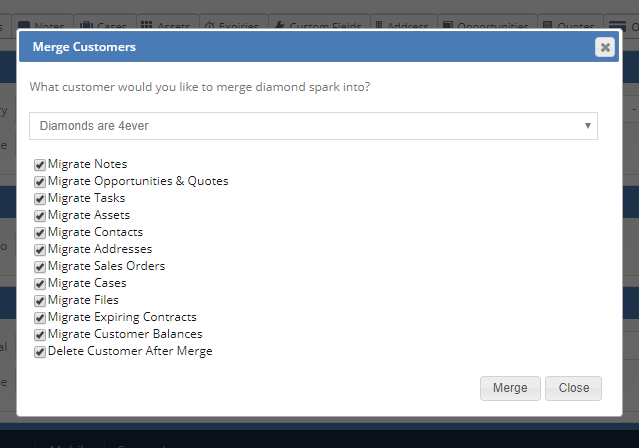 The final option in this list gives you the option to delete the source customer after the merge.

Its likely that you will want to simply delete it, but there may be occasions where you want to retain it.

Be aware, that after the merge, the source record (should you retain it) will be stripped of all the elements you chose to merge.

After the merge is complete, you will be able to open the new record and see all the elements from the source records you chose to merge.

In this example, you can see a case I marked as originating in the record Merge Test B alongside the single case raised under Merge Test A. 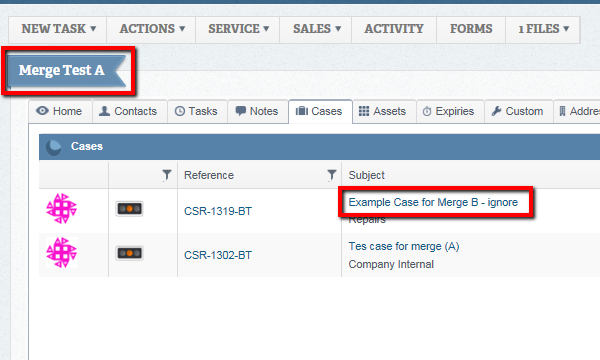